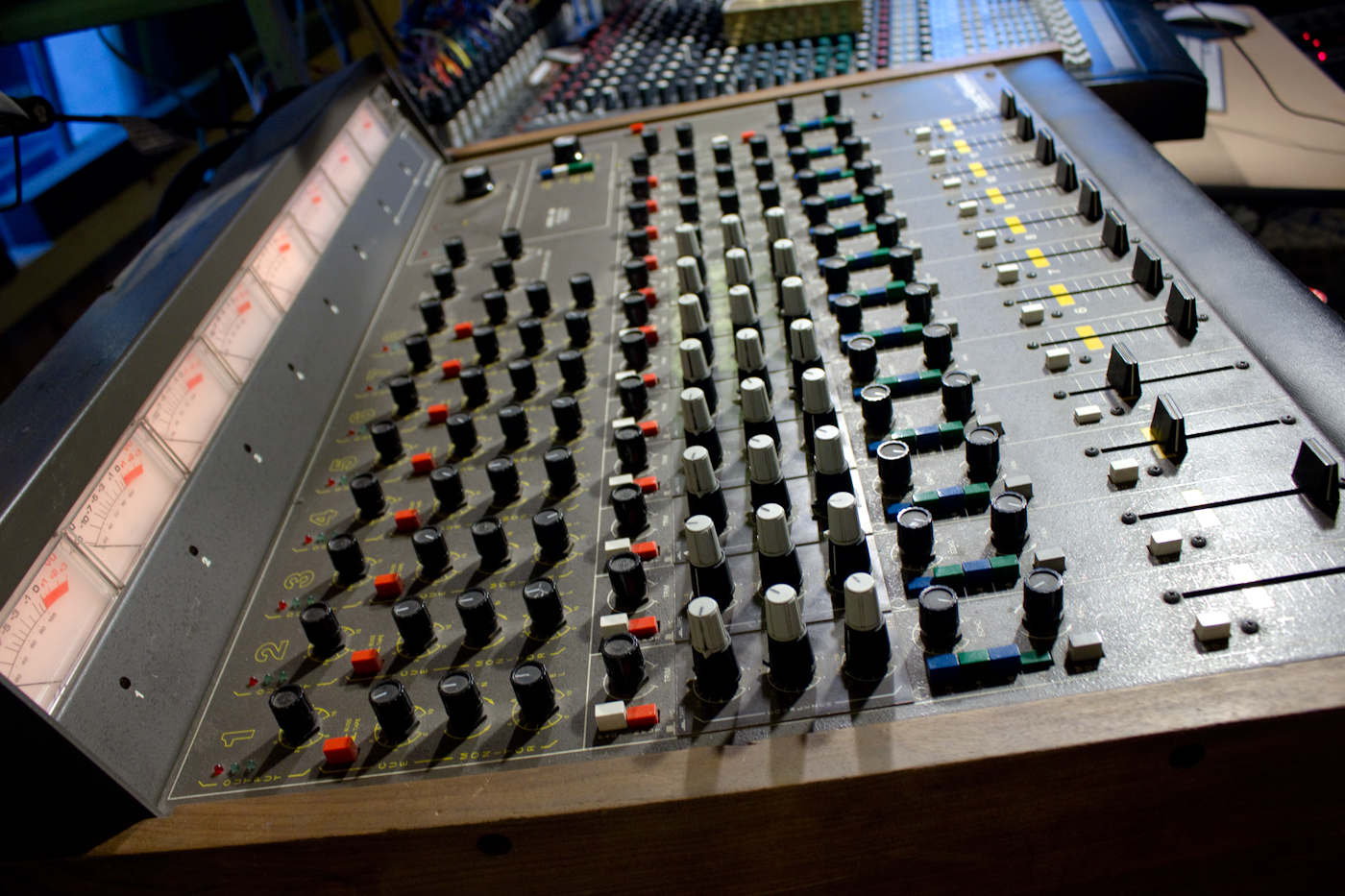 Recently, a local Philadelphia band booked some time at our recording studio, and being as it was their first time recording they asked me if I had any recommendations about what to do to prepare. I started out writing a simple response to their question and found myself at the end of a very long email!! They were appreciative, and I figured if they found it helpful, well….maybe some other bands out there will too! There are of course, no “rules”, and even if there were, they were meant to be broken!!! BUT! This is just some of the easy stuff that I’ve found that really can slow down a session or actually effect the quality of your performance or even of the sound of your recording if you’re not careful!

a common pitfall that occurs when recording drums has to do with dynamics – in a way you want to “self – mix” the sound of your instrument with your performance – which elements do you want loud vs quiet in your kit? if you listen to most drum recordings the snare is the most present along with the kick while the cymbals are, relatively speaking, quieter. A great drum performance will have a kick and snare that are hit really hard with cymbals played lighter (especially hi – hat, and especially especially open hi hat). A bad drum performance is one where a drummer hits cymbals as loud or even louder than the rest of the kit. Keeping this in mind will allow for greater utilization of drum room mics and ultimately more options in mixing. It can be hard to realize that as your playing, but pay attention to how the drums sound in a recording of your rehearsal, or if you’re able, try to give your band mates feedback about dynamics.

Also be aware of the height of your cymbals. Cymbals lower to the kit will bleed into the snare and tom mics making isolation and stereo imaging more difficult.

Also Also Also – if you’re going to record to a click, you should practice to a click. IT CAN BE REALLY HARD!!

A common thing to watch out for with bass is that players will sometimes play extremely dynamically when playing live – loud parts with hard plucking or picking (don’t get me started on slapping) and quiet parts played softly. Great for live! but in a recording you want consistency – while occasionally playing slightly harder or softer. It might seem counter intuitive when the guitar players kick on their distortion pedals, but you should not be picking or plucking harder – it really effects the tone and thus the amount of low end in your mix. Your sound will be bigger if the low end of your instrument is full and consistent. When I play bass I try not to move anything more than my wrist, never ever my arm. listen to your performance – if you can hear the strings bottoming out on certain parts – dial it back. Control is the name of the game. The tone of your instrument is 80 percent your performance and 20 percent your amp/pedals/etc.

Electric guitar is a fairly forgiving instrument but there are things to watch out for – get your guitar intonated – buy new strings!!!!!!!!! play the song by yourself to a recording or metronome and watch for poorly fretted parts, pulling strings, open strings, etc. Playing on a recording is like a microscope on your technique! As far as dynamics; do whatever the fuck you do on guitar, strum as hard or quiet as you want!!!

Really think about the story of your lyrics- its mood, the narrative, your voice as a character in the song. you have to inhabit the space and the emotion that is being conveyed by the lyrics. its the thing people responsd to first before anything else- the feeling of your performance. I find that being a little melodramatic can actually translate well in a recording. With a rock band blasting behind you, there isn’t always room for sublety. If the song is sad – sound absolutely crushed! If its angry sound PISSED. However, usually songs aren’t so black and white, for instance in a recent recording I suggested that the singer make his consenents more pronouned and staccatto so it sounded like one side of an arguement. I’ve also found that the beginnings and endings of phrases and notes are where you can embellish the emotion you’re trying to convey. However it is that you decide to do it, its all about self expression. The recording quality and pitch are secondary to the intensity of the vocal performance.

Like I said, there are always exceptions but more often times than not, this stuff will really make our job easier! And of course, there are lots and lots of tips and tricks you can use especially genre specific ones, but these are a just a few of the fundamentals.

This is all stuff I had to learn the hard way, but hopefully now you won’t have to!