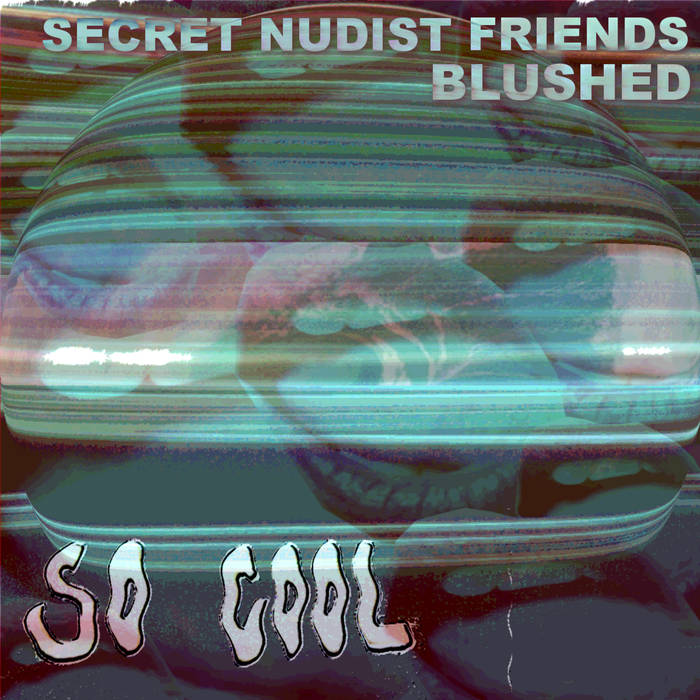 One of my favorite projects of 2018 is coming out this week – A split between two very promising Philly bands Blushed and Secret Nudist Friends. Come to their gig!! Buy their Split!!!

What I really appreciate about both of these songs is their vocal performances. They both have different styles, but the thing that ties them together is that these two singers (Missy and Matty) both put a lot of effort into their delivery. Each of their many takes were pretty unique in melody, inflection, and dynamics. Not that they did something wildly different each time, but there was always some fresh variation, and the sum total of all of those moments delivered really compelling vocal takes that tell a story in of themselves. For Missy’s vocals we used the Wunder CM7 to get the bright air-iness of her performances, and for Matty we used the AEA R44 to get a darker more vintage sound of the ribbon mic.

The one thing that Matty said as we were getting ready to work together was that he wanted some direction as far as his guitar solo at the end of “I Can’t Love Anyone” was concerned.

I’ve always had a love/hate relationship with guitar solos. I think that some people are just fans of shredding; I am not. When I was a young kid I loved Ozzy Osbourne and Randy Rhodes, and whenever “Crazy Train” comes on in the supermarket or whatever, the solo reminds me of reading Guitar Player magazine in 7th grade, but thats about it. When I hear a band where the guitar player unleashes a cacaphony of noisey finger acrobatics, or a string of cliche blues licks, I’m just immediately turned off. When someone suggests “what about a guitar solo” to fill a gap in a song or arrangement , my response is usually lukewarm; it really just depends on the solo.

Here are two of my all time favorite solos.

Definitely a little “Dad Rock” I know, but c’mon, they’re classics! What I think both of these solos exemplify are theme and variation, lyrical phrasing with an “off the cuff” spontaneous feel, emotional performaces, and organized in the sense that there is a Beginning, Middle, and End. I had a bass teacher who was an incredible jazz player who said he thought of solos like public speaking  in that your solo must be organized in such a way that your audience pays attention and that you’re not droning on and on.

So how does this translate into capturing a guitar solo as opposed to regular rhythm tracking? With rhythm guitars, I’m always looking for  some amount of precision; either locking in with the drums, or another guitar performance. I might coach a guitarist through the parts or point out where they might be ahead of behind the rhythm. Whereas with guitar solos, I might just get everything set up, and without saying a word, hit record and throw the player in the deep end before they know whats going on. Often times (genre depending of course), i’m try to get a really abrasive or exciting guitar tone that will A) get the player pumped to let loose and B) be so distorted that any fast playing will be incomprehensible.

I don’t totally remember the chain we had going from Matty’s Guitar his amp, but it sounds like I took whatever modulation he was using (chorus maybe?) and really exaggerated the settings he usually used. Then, something I often do, is crank up the gain on the pre-amp (in this case it was the preamp that our Royer 121 ribbon mic was going into, probably the BAE since it has a pre and post gain staging) and find a sweet spot where the preamp starts to break up.

Usually a player will either nail some aspect of the solo in the first take or two, and then we run multiple takes afterwards and I’ll compile a take much like I would a vocal – fitting different phrases together to create a sense of pacing. In the case of Matty’s solo, we ran a bunch of takes until we could grab pieces that we thought worked well together since we were really figuring out the best approach. The keyboardist (and singer of blushed) Missy and I listened through everything and collaged our favorite parts together (Matty felt like he had no perspective, so he was glad to have some input).  I think the end result feels like a totally spontaneous, crooked (in a good way), gnarly performance! The thing that Matty did really well off the bat was the really noisey part that goes over the Coda of the song, I think the take we used was from one of the first few passes. The part that we really had to figure out was working up the climax -finding a way to make the beginning and middle. With some experimenting and careful selection, we found takes that complimented the craziness that the solo eventually gets to!

This is a total non-sequitur, but the other thing that I thought was cool about the Secret Nudist Friends recording, was that Matty felt like the drums were too shiny sounding. So during mix recalls we just pulled the overheads out of the drums completely and relied only on the AEA R44 ribbon mic that was near the drummers head for the cymbals, and it gave the record a more muted/distorted midrange vibe. Its always great to work with artists that force you to buck conventions or get our of your own habits!

See You this Friday at the gig!!