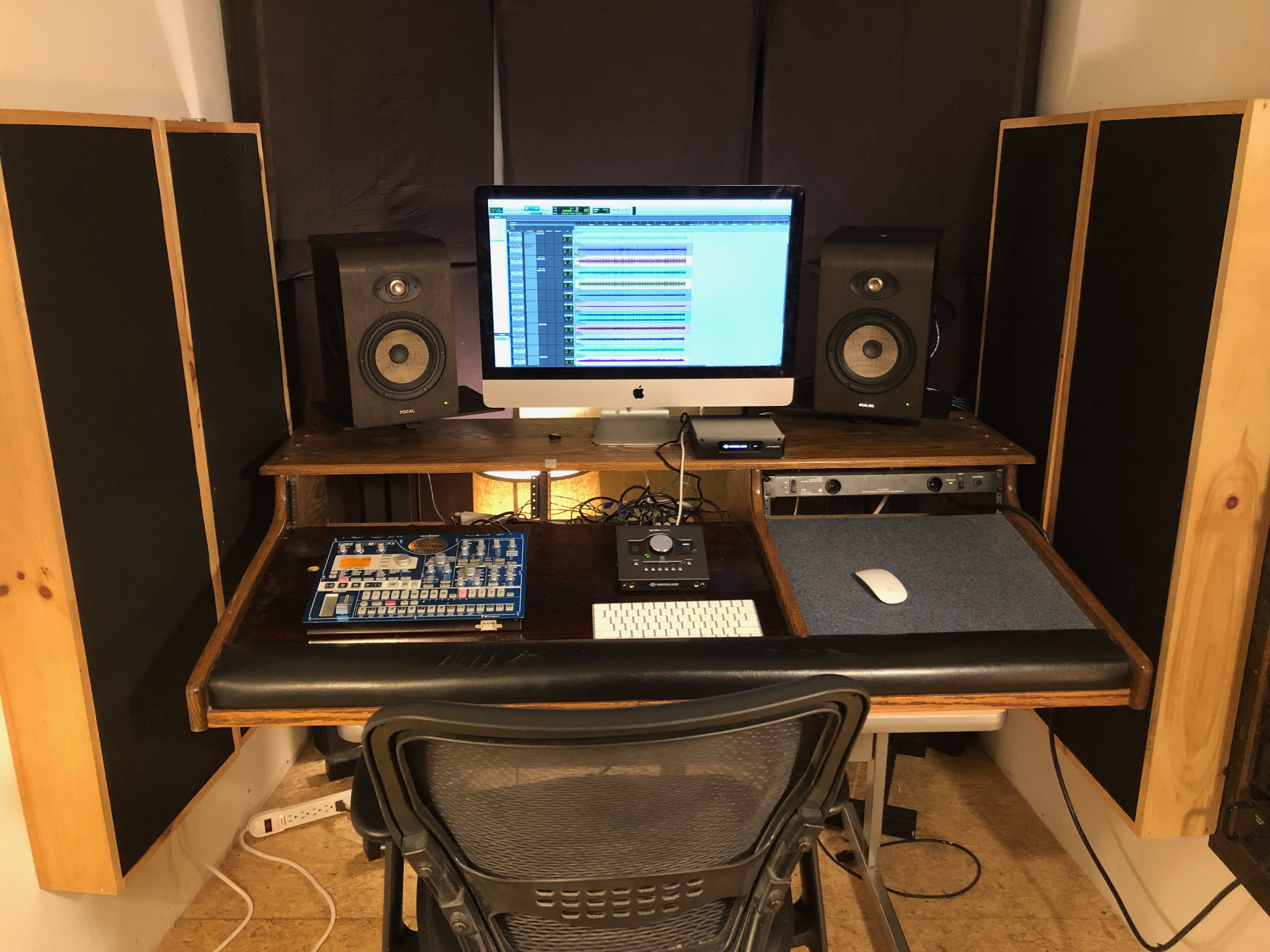 Welcome you to our new website designed by our friends in Everywhen (who did this great EP with us that was released on Asian Man/Lauren Records not too long ago), Nick Tazza and Andrew Vilchez. We’re really proud of it, and we hope that it will give you the reader a better sense of what our studio is all about.  2018 was a busy year, 3/4 of our bands (Hop Along, Thin Lips, and Mo Lowda and the Humble) all released records and toured A LOT, but we still managed to find time to make some new additions to our studio, in no small part, because of our studio manager, Mark Watter.

Besides the new website, we also recently purchased a Neumann U67. For those who may not be familiar – look it up! Its a really really really nice condensor microphone. I mean, the frickin’ Beatles used it, am I right?! John Lennon wouldn’t sing into anything less! Actually he probably didn’t care – but anyway – we consider it a milestone. Its something we’ve talked about getting for probably as long as we’ve had a studio. We’ve also recently been fortunate enough to get a Roland Space Echo – again, something we’ve wanted basically as long as we’ve had a studio!

Finally – We have recently completed the studio space adjacent to the main room. Its a smaller space intended for in-the-box mixing and vocal/guitar/whatever else overdubs outfitted with Focal Shapes 65 monitors, Apollo Twin, Daking Pre/Eq, Distressor, Urei 1178, Api 560, Vintage Altec preamp, WA76, Avalon 737, and a Lola 500 series pre.  We also now have a bunk room/lounge for bands, especially bands who are from out of town or just need a nap (or are too hungover!).

All exciting stuff! 2018 was a great year, we had some of our records appear on some year end lists such as this one, where three of the top six records were done by Joe or I,  and of course Hop Along made a lot of lists.  We can’t wait to make new and better records in a better studio in 2019!